Start to Finish.  Why is getting from the start to the finish so hard? 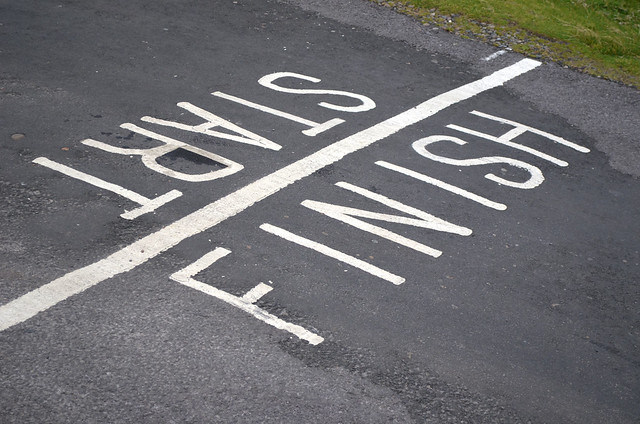 Why can’t it be this easy? (photo credit: Andrew Hurley via Flickr)

It is so easy to start writing this post and yet filling the page with words and pictures that are good enough to click on that button over there that says “publish” is hard work.   I think it’s tempting to think that people who don’t finish what they start are lazy and simply don’t want to do the hard work required.  I get upset with myself for being lazy when I don’t take projects all the way from start to finish.  Honestly, sometimes I am lazy.  However, I think struggling with follow through is not really about being lazy.

Here are few reasons why I personally struggle with taking my projects from start to finish:

Most of these simply require that I take a deep breath and push through.  What would you add to the list?  Which one do you struggle with the most?

This is part of my 31 Days of Follow Through series.  In keeping with the over-all theme of the series, each day I am also committing to following through on a task and encourage you to do the same.   My task for today is to clear off and organize J’s bookcase (an item from around the house on my master list that I actually started on Friday).

8 thoughts on “Start to Finish”